Requests for remote participation by Zoom to Warren Skidmore (was@tmt.org)

The twin discoveries of gravitational waves from the mergers of binary black holes (2015) and binary neutron stars (2016) ushered in the new era of gravitational wave astronomy. The detections obtained by the LIGO Scientific and Virgo Collaborations were predicated on the good design, installation, and commissioning of 2nd generation interferometers. The LIGO detectors have achieved partial, but not final, noise goals, corresponding to a reach into space for the detection of binary neutron star mergers of 75Mpc in the first observation run 01 (2015), and 100Mpc in the second (O2, 2016).  In this talk we give the LIGO status and prospects for improving the detector noise for O3 (target: 120Mpc, 2019), and what that translates into in terms of observations for the O3 run. We close with plans for O4 and beyond. 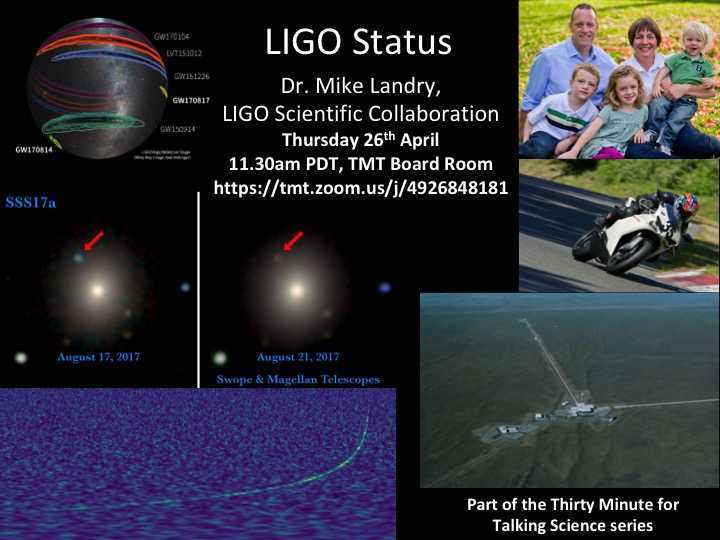