Astronomy is arguably the oldest of the sciences. In the last 2000 years, human understanding of the universe has leapt forward incrementally with each new technology. As our level of knowledge grows, the next level of questions that arise require facilities with even greater capabilities to gather the observations needed to answer them. Nowadays, no single university or country, has the technological resources to build the facilities required to answer key questions about the structure and evolution of the universe and the enigmatic processes, environments and bodies that pervade the cosmos.

In the first decade of the 21st Century, international partners from around the world envisioned the one of the largest telescopes to be built - the Thirty Meter Telescope.  The Thirty Meter Telescope will be the amongst the largest ground-based observatories in the world and will provide new observational opportunities in essentially every field of astronomy and astrophysics. Astronomers will pursue further advancement of our inderstanding in several key science areas, including:

Furthermore, as has been the case for every previous increase in capability of this magnitude, it is very likely that the scientific impact of TMT will go far beyond what we envision today and TMT will enable discoveries that we cannot anticipate.

A full list of the TMT science goals is listed below. A set of dedicated international science developement teams has been established to formulate and oversee activities related to each science goal. These science teams created the 2015 Detailed Science Case and they continue to provide valuable guidance and input that helps to direct the observatory design and scientific priorities. 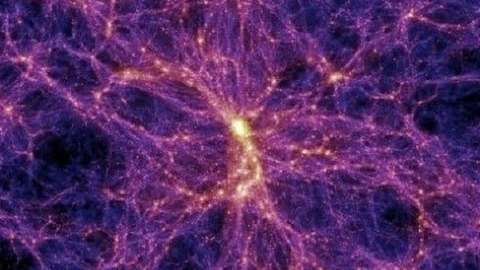 One of the most exciting areas of current research lies at the interface between theoretical and high energy physics and cosmology. Indeed, the discovery of dark matter and dark energy result from astrophysical observations of the Universe. It is these kinds of careful quantitative cosmological and astrophysical measurements that offer the greatest promise for constraining fundamental physical theories. TMT will contribute in this area by providing highly accurate measurements of the most distant sources, large samples of objects probing the Universe at intermediate distances, and precise studies of the dark matter in nearby and distant objects. 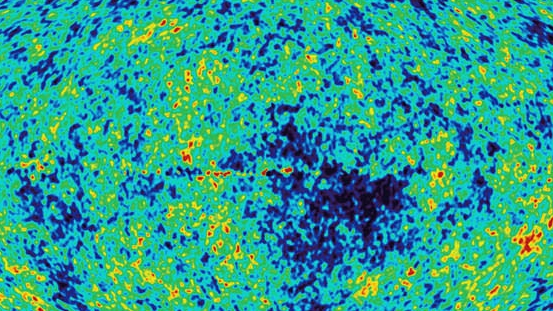 The expansion of the Universe stretches the wavelengths of photons, causing spectral lines to shift to longer (redder) wavelengths. The redshift of a source is thus a measure of its distance, and the epoch at which the light was emitted. The frontier for spectroscopically-confirmed galaxies is currently at a redshift of around 8, when the Universe was a little over 600 million years old, and plausible candidates have been identified as far back as z = 11, but have not yet been confirmed. 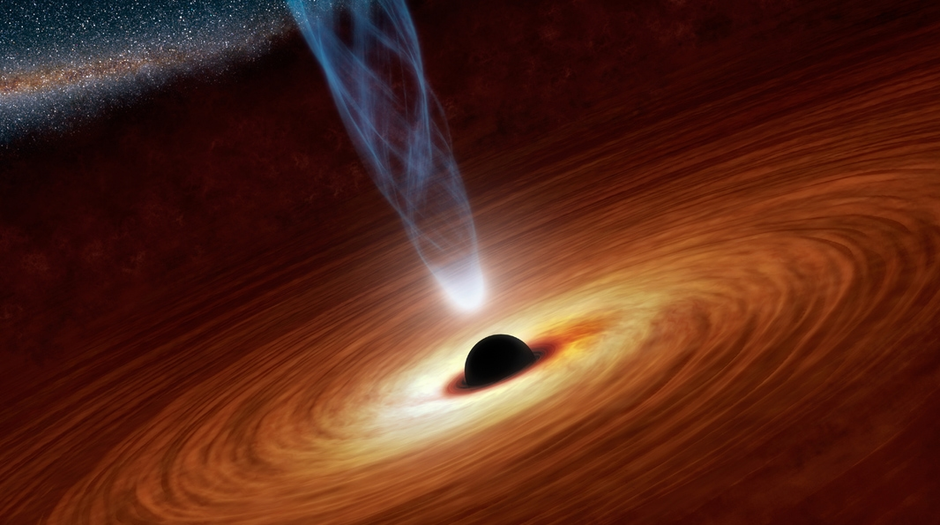 Supermassive black holes (SMBHs), with masses ranging from below 106 to above 1010 solar
masses, are now known to be present in the centers of most and perhaps all large galaxies. The
mass of the black hole (BH) is correlated with the stellar mass (MBH-Mbulge relation) and velocity dispersion (MBH-σ relation) of the bulge of the galaxy. These discoveries over the past 20 years have led to the popular idea that black holes and galaxies co-evolve and that feedback of active galactic nuclei (AGN) during the growth phases of the black hole strongly affects the gas content and star formation in the host galaxy. Understanding the formation and growth history of SMBHs, their influence on galaxy evolution, and the exotic phenomena of stellar dynamics and gas accretion in the SMBH environment has become a major theme in astronomy. TMT’s capabilities for high angular resolution imaging and ultra-deep spectroscopy will provide unprecedented opportunities to advance numerous areas of SMBH science.

Milky Way and Nearby Galaxies

The stellar contents of the Milky Way and nearby galaxies make up the fossil records that were produced during the galaxy formation and evolution. The spatial, temporal and abundance distributions of these stars provide important clues to the underlying astrophysical processes involved and also complement the study of galaxy formation and evolution at high redshift. Areas that TMT observations are expected to significantly contribute to include: 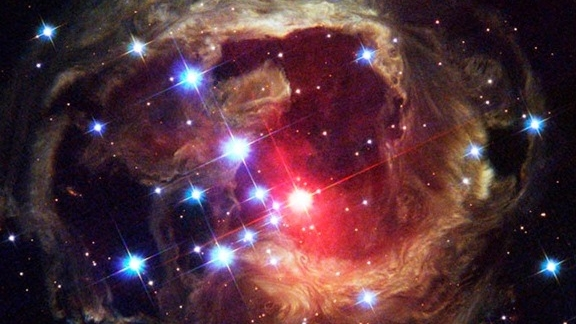 The composition and processes within the interstellar medium are wholly defined by the evolution that stars undergo during their lifetime. There are many questions about the details of the evolution of stars and the dependence on mass and metallicity. Due to the huge leap in sensitivity and spatial resolution that comes with a thirty meter telescope, TMT is expected to make significant contributions to the understanding of the diffusion of heavy elements in the outer parts of stars, the evolution of massive stars with low metallicity, low-mass star formation at extremely low metallicity, the astrophysics of rare stellar objects with very low metallicity, the initial-final mass relation, nucleosynthesis in stars, Li and Big Bang nucleosynthesis, C, N, O Elements and the Be Puzzle, and other areas related to the ISM and stellar physics. 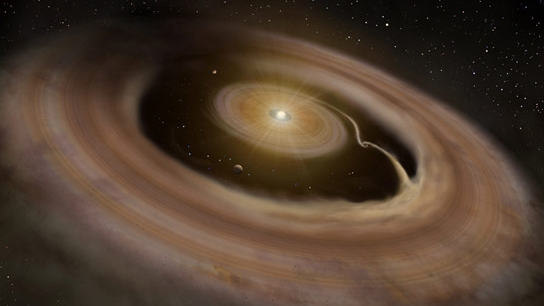 Formation of Stars and Planets

Formation of stars is the principal driver of galaxy evolution and chemical enrichment in the Universe, which in turn affects the process of star birth. On the other hand, it also provides the sites of planet formation and development of life. Therefore, understanding how stars and planets form has long been one of the central problems in astrophysics. In fact, significant progress has been seen especially in the last decades, but the detailed processes are still quite elusive. ALMA, JWST, and next generation instruments on ground-based telescopes will yield further scientific advances prior to the TMT’s first light. However, we definitely need TMT to have unprecedented angular resolution with very high sensitivity in near- to mid-infrared wavelengths, which is critical for this science topic. TMT, with the great complementarity with other telescopes and instruments, will provide a big step forward to more complete understanding of star and planet formation. 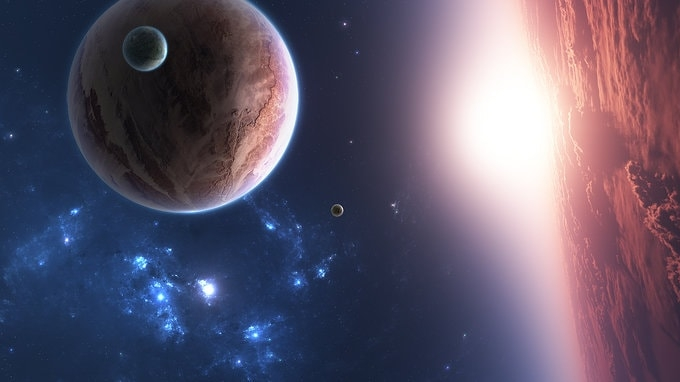 In the past few decades, our inventory of known planets has grown from just the eight in our solar system to over several thousand extrasolar planets detected around nearby stars through a variety of techniques. Extrasolar planets have been found orbiting the youngest stars to post-main sequence stars and around subsolar to intermediate-mass stars. Statistical studies of exoplanets suggest that planet formation is common, occurring around the majority of nearby Sun-like stars. Although extrasolar planets discovered thus far have provided important clues about the context within which the Earth and other solar system planets fit, our knowledge of the overall census remains highly incomplete.The Thirty Meter Telescope will provide an enormous advance in our ability to identify and characterize extrasolar planets. 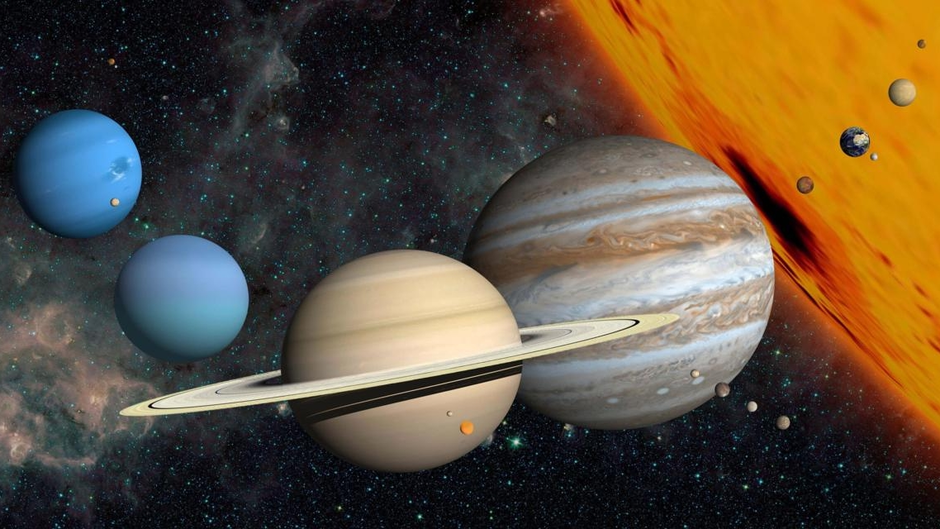 The solar system is the closest and the best-studied planetary system. Observations of the planets, satellites, and small bodies in the Solar system provide indispensable information about planet formation and evolution processes that remain unattainable for other planetary systems. The advent of TMT will enable us to tackle long-standing questions concerning the formation of the solar system, the origin of planetary volatiles, the physics of the ice and gas giants, and the unraveling of the complex dynamical history recorded in the Kuiper belt. 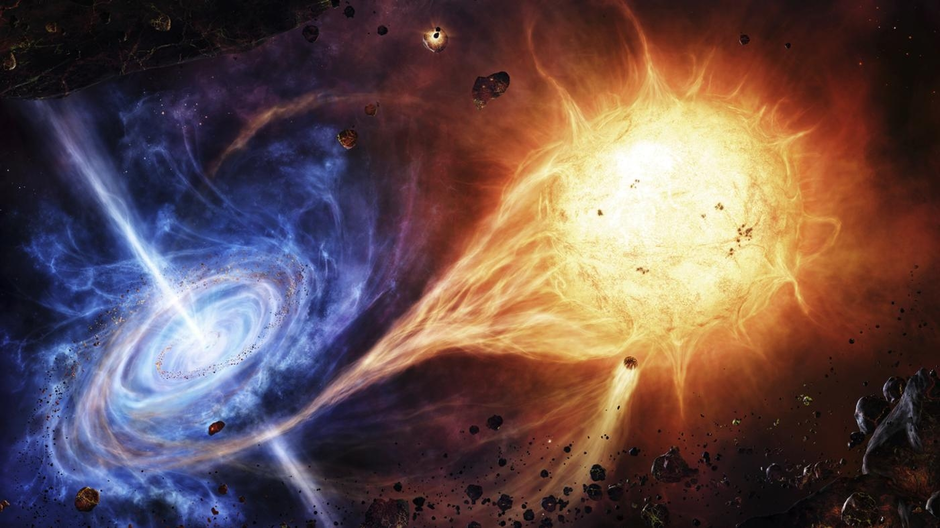 Time domain astronomy encompases the study of transient and variable sources.  Transients are usually the result of some kind of explosion or collision that leads to a change in the physical character of the source (e.g. supernovae, gamma-ray bursts, neutron star mergers), or a result of accretion of matter (nova outbursts, tidal disruption events, AGN flares). These events are unpredictable, show a temporal evolution of the physical conditions, and often fall below the detection threshold when faint. Another exciting class of transient objects is that of interstellar visitors, asteroid or comet-like objects that have been ejected from the systems in which they form and make a single transit through our own solar system. Such Target of Opportunity (ToO) transient events generally require a rapid response to a trigger of observations. Time-domain astronomy will be an exciting area of research in the TMT era, in part thanks to the synergy with various surveys from up-coming facilities such as the Rubin Observatory, WFIRST, and Euclid, and the search for gravitational wave sources.