The Thirty Meter Telescope is a new class of extremely large telescopes that will allow us to see deeper into space and observe cosmic objects with unprecedented sensitivity. With its 30m diameter prime-mirror, TMT will be three times as wide, with nine times more area, than the largest currently existing visible-light telescope in the world. This will provide an unparalleled resolution, with TMT images more than 12 times sharper than those from the Hubble Space Telescope. When operational, TMT will provide new observational opportunities in essentially every field of astronomy and astrophysics.  Observing in wavelengths ranging from the ultraviolet to the mid-infrared, this unique instrument will allow astronomers to address fundamental questions in astronomy ranging from understanding star and planet formation to unraveling the history of galaxies and the development of large-scale structure in the universe.

Check out the TMT Timeline to find out the current stage of the TMT Project.

You can also learn more about what scientific questions may be answered with the help of TMT. 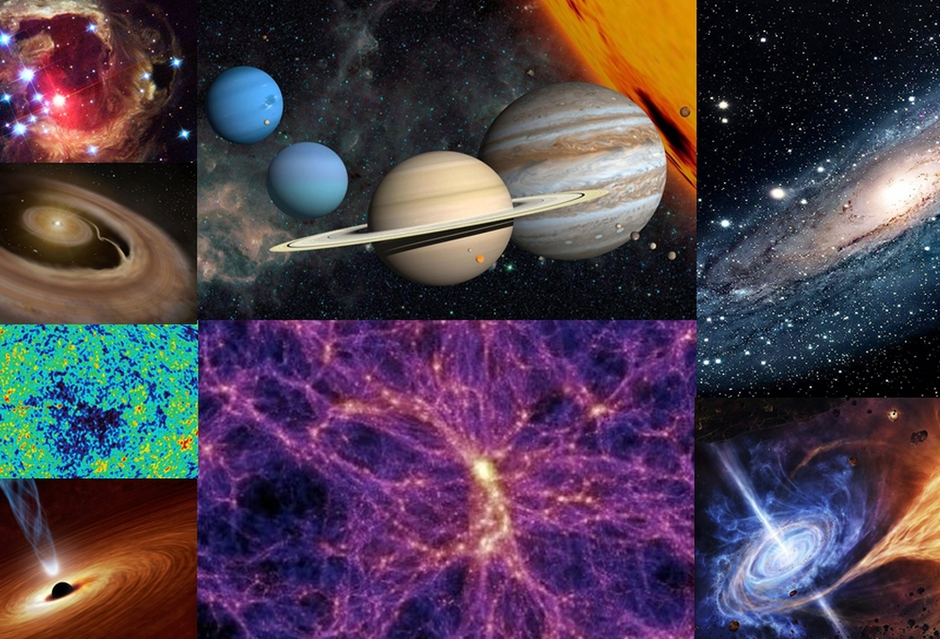 What will TMT Explore?

TMT will be a unique tool for probing many outstanding open questions in astronomy. Its adaptive optics and spectroscopic capabilities will allow astronomers to explore the mysterious period in the life of the universe when the first stars and galaxies were formed, providing information about the nature of "first-light" objects and their effects on the universe's evolution. TMT will also observe the formation and development of the large-scale structures by looking at faint distant galaxies and the intergalactic medium, providing information on the physics of the early universe and the nature of dark matter that are inaccessible using any other techniques. TMT's high resolution will extend scientists'  capability to detect and investigate black holes that reside in the center of many distant galaxies, as well as study in great details the black hole residing at the center of nearby galabies and of course our own Milky Way!  TMT will also play a very important role in advancing our knowledge of  the physical processes that lead to star and planet formation. TMT will be able to characterize and study the properties of exoplanets, leading us closer to finding out if life exists beyond the Earth. It will also enable studies of our own solar system at a spatial resolution that is until now only achievable to in-situ space missions. In the end, the advanced capabilities of the TMT will likely lead to discoveries far beyond what we envision today ...

Who is building TMT?

The Thirty Meter Telescope is being designed and developed by the TMT International Observatory LLC (TIO). The TIO is a non-profit international partnership between the California Institute of Technology, the University of California, the National Institutes of Natural Sciences of Japan, the National Astronomical Observatories of the Chinese Academy of Sciences, the Department of Science and Technology of India, and the National Research Council (Canada). The Association of Universities for Research in Astronomy (AURA) is a TIO Associate and major funding for TMT has been provided by the Gordon & Betty Moore Foundation. The TIO will also be responsible for operating TMT once the telescope is completed. 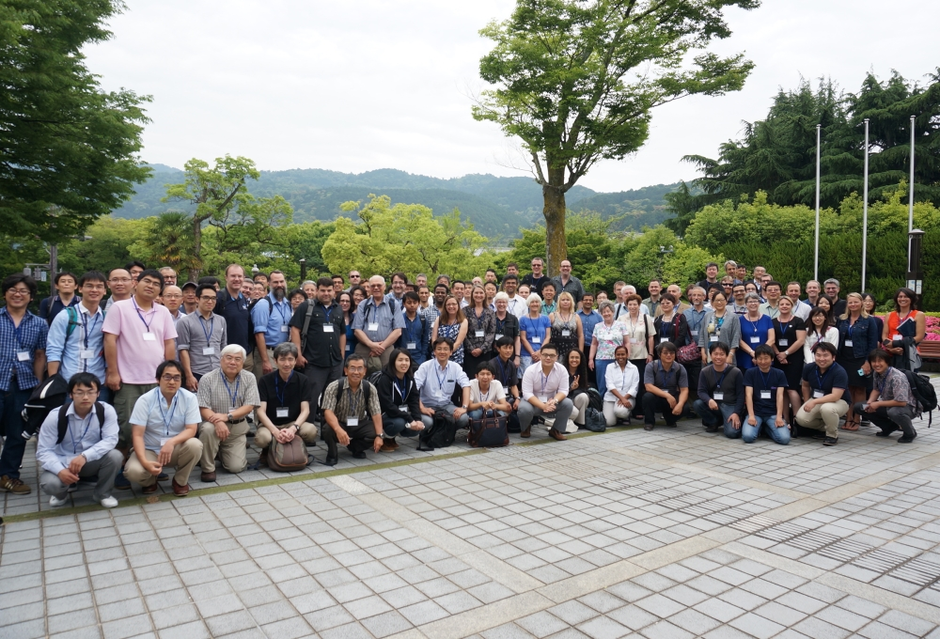 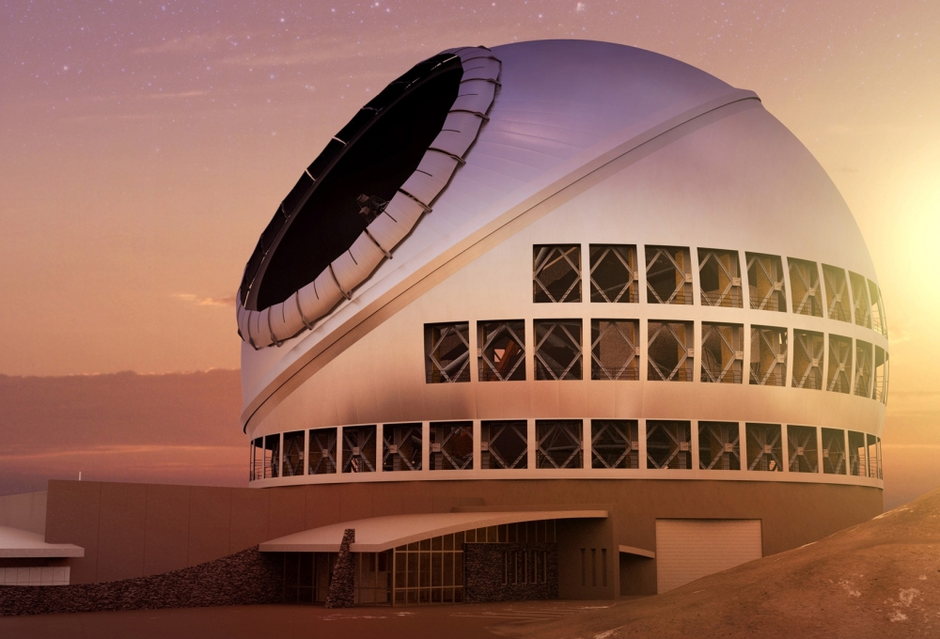 The Board of the Thirty Meter Telescope selected Maunakea in July 2009 after a rigorous five-year campaign spanning the entire globe that measured virtually every atmospheric feature that might affect the performance of the telescope. Community outreach and engagement have been important to TMT from the start and the project has held many public meetings, participated in hundreds of one-on-one meetings and group presentations, and has engaged in open dialog and meaningful discussions with community members and stakeholders to better understand the island’s issues as well as the cultural and natural significance of Maunakea. TMT has diligently followed the state’s laws, procedures and processes in its efforts to build TMT on Maunakea, including the preparation of a very extensive environmental impact statement. Over the last few years, TMT has experienced several unforeseen challenges, starting with the halting of its official groundbreaking ceremony by protestors in October 2014. Subsequent protests on the mountain prevented the start of construction on two separate occasions in 2015. On September 28, 2017 the State Board of Land and Natural Resources (BLNR) announced its decision to grant the Conservation District Use Permit to the University of Hawaii – Hilo to build TMT on Maunakea. Opponents challenged the new permit before the Hawaii State Supreme Court. On Tuesday, October 30, 2018, the Hawaii Supreme Court, by majority decision, issued its opinion affirming the Board of Land and Natural Resources' decision to issue a CDUP for construction of the Thirty Meter Telescope on Maunakea. On Wednesday, June 19, 2019, the DLNR issued a notice to proceed (NTP) to the University of Hawaii for the Thirty Meter Telescope on Maunakea. The NTP is a formal communication indicating that all pre-construction conditions and mitigation measures specifically required as a condition of the Conservation District Use Permit (CDUP) have been met. On July 10, 2019, Gov. David Ige and the Thirty Meter Telescope International Observatory (TIO) announced that construction of the Thirty Meter Telescope (TMT) will begin the week of July 15, 2019. Much more information about TMT and Hawaii can be found on a dedicated website at http://www.maunakeaandtmt.org/.

Though Hawaii is TMT’s chosen site, the challenges over the past several years have led the TMT International Observatory Board to develop a ‘Plan B’, an alternate Northern Hemisphere site on which to construct the observatory, which is on the island of La Palma, Canary Islands, in Spain.  An Environmental Impact Assessment has been done for the Roque de Los Muchachos site, and all additional use permits have been obtained.