To state the obvious, TMT in Hawaii has generated a lot of interest, conversation and concerns among the astronomy community and general public. The issues are complex and there are a lot of subtleties. I know I can’t address everything in this newsletter, but to follow are a few thoughts …

I think it’s fair to say that what is happening today in Hawaii isn’t just about the construction of TMT on Maunakea. Among those who remain opposed to the project are many who see TMT as an icon for what they believe is the wrong side in the much larger political issue of Hawaiian sovereignty.  We respect those who express opposition and understand the pain they feel.  However, TMT is a bystander in that conversation, which has been going on for many years.  And whether or not TMT is built in Hawaii will not bring closure to it.

Although it may not appear this way at the moment given what is being shared and seen in social media, the majority of Native Hawaiians actually support the construction of TMT on Maunakea: An independent poll conducted by the Honolulu Star-Advertiser in 2018 found that 72 percent of Native Hawaiians (registered voters) support TMT, 23 percent oppose it and 5% were undecided.

Similarly, many Native Hawaiians and others believe that Maunakea is sacred and yet can still be home to astronomy. A statewide poll conducted in 2018 found that 88 percent of Hawaii residents agree there should be a way for science and Hawaiian culture to co-exist on Maunakea.

We have a lot of supporters in Hawaii and they are asking us not to leave. We want to find a way forward for everybody, safely.

Early in the process and over the last 10 years, TMT has partnered with many in the community. We worked with the Kahu Ku Mauna Council and other Native Hawaiian cultural practitioners to consult and give guidance along the way. They helped to ensure that the site selected was not in or around any areas that were considered sacred. The selected site below the summit has no archaeological shrines or features and no burials. It has also been documented that the site was not used for traditional or customary cultural practices.

TMT has also embraced the best practices in environmentalism. A very extensive environmental impact statement was prepared that involved a large number of careful studies of environmental and cultural sensitivities specifically for the TMT project. The results of these studies guided many design choices for the TMT.

TMT is, and will continue to be, part of the Hawaiian community:

Many people have asked how TMT will benefit the community. Aside from offering a better understanding of the Universe in which we all live, TMT will - and already has - become a member of the community. Among the benefits that were developed in collaboration with community members:

I recognize that these facts can’t completely answer all of the questions and concerns we are hearing in our community. Over the last 10-plus years, we have had many conversations with those who support TMT and those who oppose it, and we will continue to have them. I would also like to point you to the letter written by the directors of the Maunakea Observatories to the science community around the world, which emphasizes the symbiotic links that exist today between the Hawaiian community, its cultural heritage, science and Maunakea.

Like most astronomers, our wish is that TMT will be built on Maunakea in a peaceful and lawful manner. We acknowledge the depth and intensity of the opponents’ feelings, and recognize this is a stressful situation for everyone. We remain hopeful that we can find a way forward safely and peacefully, and with mutual respect.

Additional information about TMT in Hawaii can be found on our website ( https://www.maunakeaandtmt.org ). 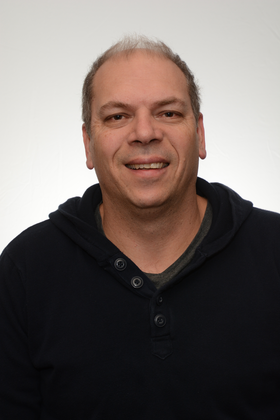