Point-spread function reconstruction (PSF-R) is one of the deliverables for TMT operations. Incomplete knowledge of the PSF due to its variability with time, wavelength, and field position has been one of the primary limitations of adaptive optics (AO) to date (Davies and Kasper 2012). To fully realize the scientific potential of the imaging and spectroscopic capabilities of IRIS, or any AO instrument, TMT has to develop effective PSF reconstruction procedures and the instrument data reduction software has to be developed to properly account for PSF characteristics over the field and as a function of wavelength. Science cases that benefit from accurate PSF-R span the entire spectrum of astronomical observations with TMT, from solar system objects and exoplanets to distant extra-galactic objects. Among these, IRIS IFS observations of small resolved targets, e.g., observations of very distant galaxies to measure the internal velocity fields, are among the most demanding as deconvolution with the PSF is critical.

TMT ultimately aims to deliver PSFs reconstructed (PSF-R) from AO telemetry for all AO systems, and significant algorithm development has already taken place (Gilles et al. 2018). These PSFs will be delivered automatically during the day following a night’s observations for either a specific set of default parameters (such as positions in the field where the PSFs are delivered), or for custom settings that can be specified by the astronomers before the observations. In addition, all relevant telemetry data will also be stored indefinitely so that PSF-R experts can do their own, specialized analyses after the fact. The latter is also critical because PSF-R is still a developing field with new methods undoubtedly being developed during all of TMT’s lifetime, and in particular during the early years.

In addition to the on-going effort on reconstructing PSFs from telemetry, we are also actively developing the connection between the errors in the measurements of astronomical quantities of interest, such as object positions, magnitudes or radial velocities, and the uncertainties in the technical PSF metrics, such as Strehl ratio or enclosed energy. There are no obvious and straight forward relations between these two sets of metrics. Furthermore, for many science cases, PSF-R cannot — and should not — be done from AO telemetry alone if the highest accuracy is to be achieved, but information from point sources in the field will be used to supplement the former. Thus, addressing this connection between the accuracy of the technical side of PSF-R and their importance and relevance for specific science cases is an active area of research for TMT. It is pursued through a range of different techniques from analytical analyses to full end-to-end science simulations. 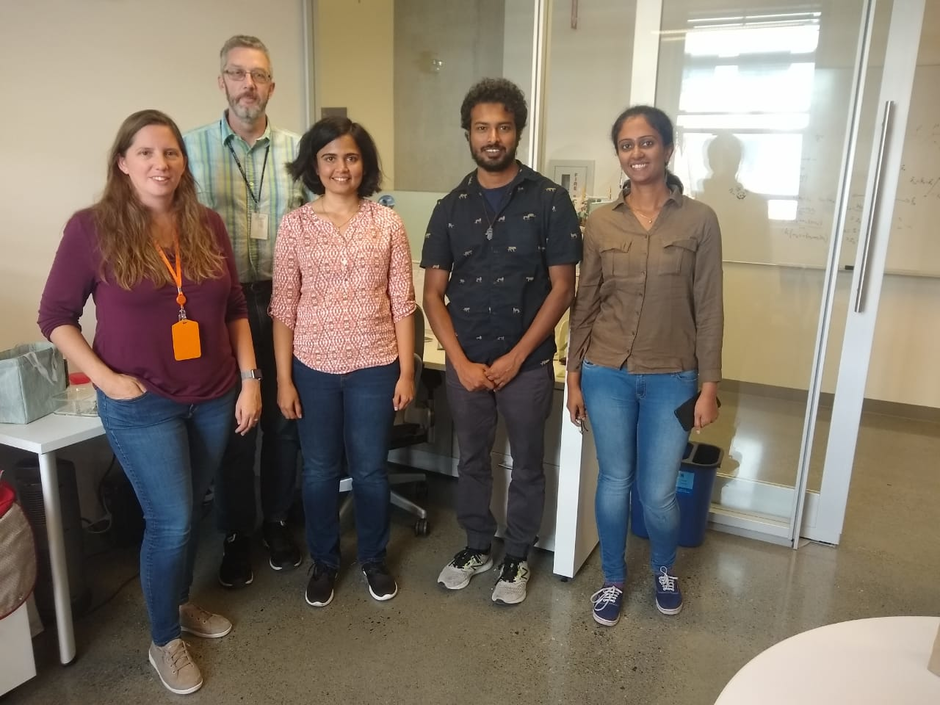 The TECI program is organized between ISEE and TMT to stimulate collaboration across the TMT partnership and train early-career students and professionals with the qualifications for successful collaboration in TMT and other large projects.

In addition to the PSF-Reconstruction work being carried out directly by the TMT adaptive optics and instrument teams, two TECI Mini-Projects were carried in 2019 out as part of the overall PSF-R work.