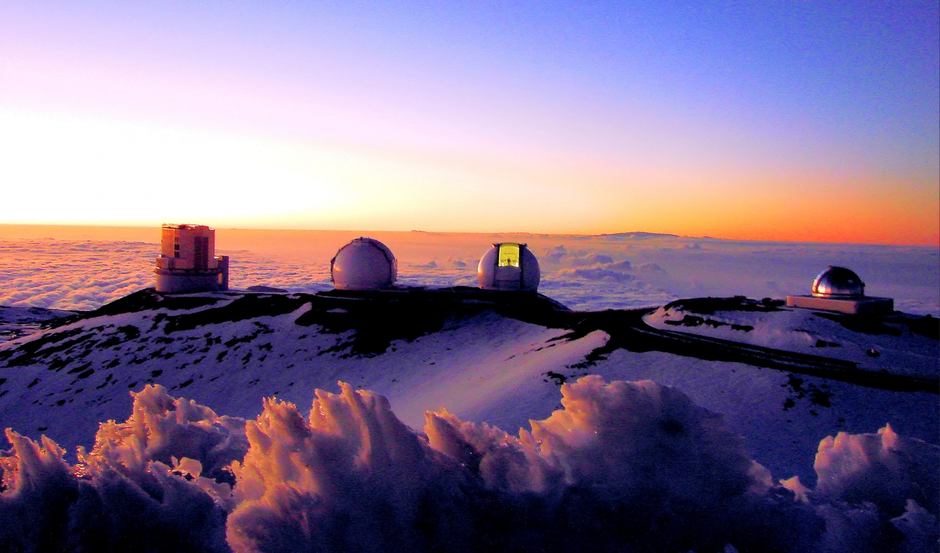 The Keck and Subaru telescopes on top of Maunakea, Hawaii

Starting in 2003, TMT scientists conducted the most comprehensive site testing campaign ever carried out for a new observatory, a rigorous five-year campaign to measure virtually every atmospheric characteristic that affects the performance of telescopes. At five candidate sites in Chile, Mexico and Maunakea, measurements were made of optical turbulence levels as a function of height, cloud properties and atmospheric transmission, precipitable water vapor, and meteorological parameters such as wind speed, direction, air temperature, solar radiation and cooling rates of the ground. All measurements gathered are publicly available from the TMT Site Testing Database.

In 2009, a site (MK13N) below the summit of Maunakea, in Hawaii, emerged as the preferred site for TMT. However, access to the MK13N site has been halted by TMT opponents at several occasions since 2014. As a result, while Maunakea continues to be TIO’s preferred site, TMT has also extensively investigated several alternative sites to ensure that construction can begin in a timely fashion. The alternate sites considered were distributed over the two hemispheres: Two sites in Chile, and two others in Mexico and Spain (respectively San Pedro Martir and Roque de los Muchachos Observatories). 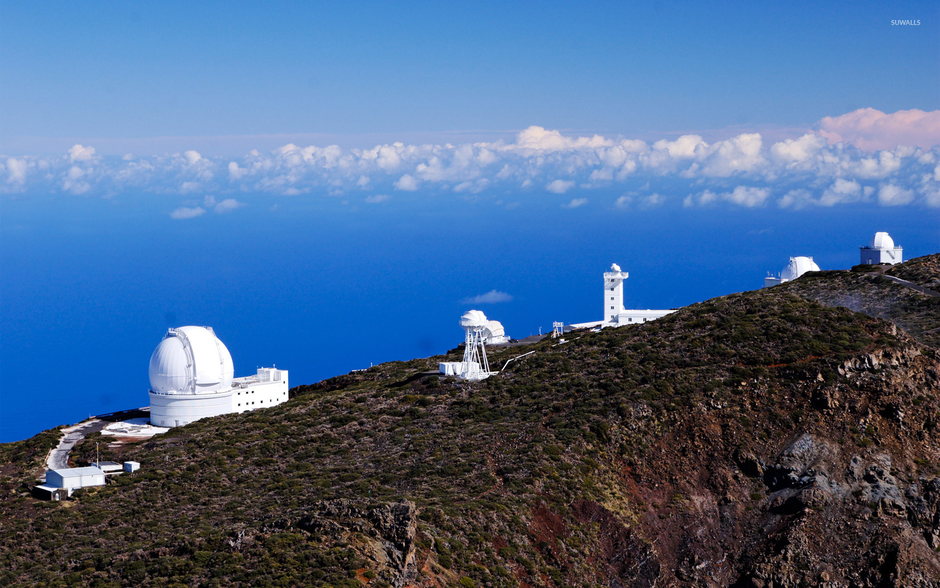 All alternate sites presented a different set of advantages and challenges. The investigation looked into the various risks associated with each site and many other parameters in addition to site quality, such as the costs for construction and operations, the timeline to First Light, and the legal processes and timescale to obtain the necessary permits. On October 31st, 2016, the TIO Board of Directors selected the Observatorio del Roque de Los Muchachos (ORM), in La Palma, on the Canary Islands (Spain) as the alternate site for TMT. This decision was based on:

(1) The quality of the ORM site, which will support all TMT core science programs

(2) The range of advantages related to the ORM site, including lower costs of construction and operations, faster timeline to initiate construction and reach First Light, and lower project risks based on the existence of support infrastructure

Advancements in the key science areas for TMT are dependent on conducting extremely challenging observations. Some of the most important capabilities are those involving adaptive optics. The site where TMT is built needs to have extremely good properties for the operation of adaptive optics systems, such as a stable upper atmosphere with very little turbulence that results in low seeing, a large isoplanatic angle and a long turbulence coherence time.

The Thirty Meter Telescope will combine adaptive-optics corrected wavefronts with powerful imaging and spectroscopy capabilities to significantly transform how groundbased exploration of our universe is carried out. With its thirty meter aperture and diffraction limited imaging capabilities, TMT will provide dramatic improvement in sensitivity and spatial resolution across the visible, near- and thermal-infrared regimes. First-light instrumentation will include:

1 Loss of observation time includes time loss due to clouds, high winds, precipitations, dust and any other meteorological conditions.
2 Value calculated at 500nm and zero integration time with turbulence below the TMT enclosure (60m) removed.

Although most of TMT science cases can be carried out nearly as efficiently on ORM as on Maunakea, a lower and warmer site for TMT would cause a lower sensitivity and efficiency, especially at the very shortest and longest wavelengths regimes. For instance, mid-IR observations in Q-band (> 18 microns), which are extremely challenging from the ground, will be significantly impacted from ORM.

The turbulence profile over ORM is very similar to Maunakea’s and our study shows that ORM is the second best site, after Maunakea, to support the AO-assisted observations that will be carried out with NFIRAOS, our AO facility.

There are various stories in the community regarding the impact of dust on observations at ORM. Our analysis shows that the occurrences of increased atmospheric extinction (oncluding not only dust but, for example, also cirrus clouds) are comparable for all Northern sites we studied. Overall, the presence of atmospheric dust was not a discriminating factor between alternate sites.

Protection of night-sky above La Palma

The entire island of La Palma, where the Roque de Los Muchachos Observatory (ORM) is located, is a UNESCO biosphere reserve, which is protected against light contamination. An impressive series of measures are already in effect to keep the sky above ORM among the darkest skies worldwide for all future generations.