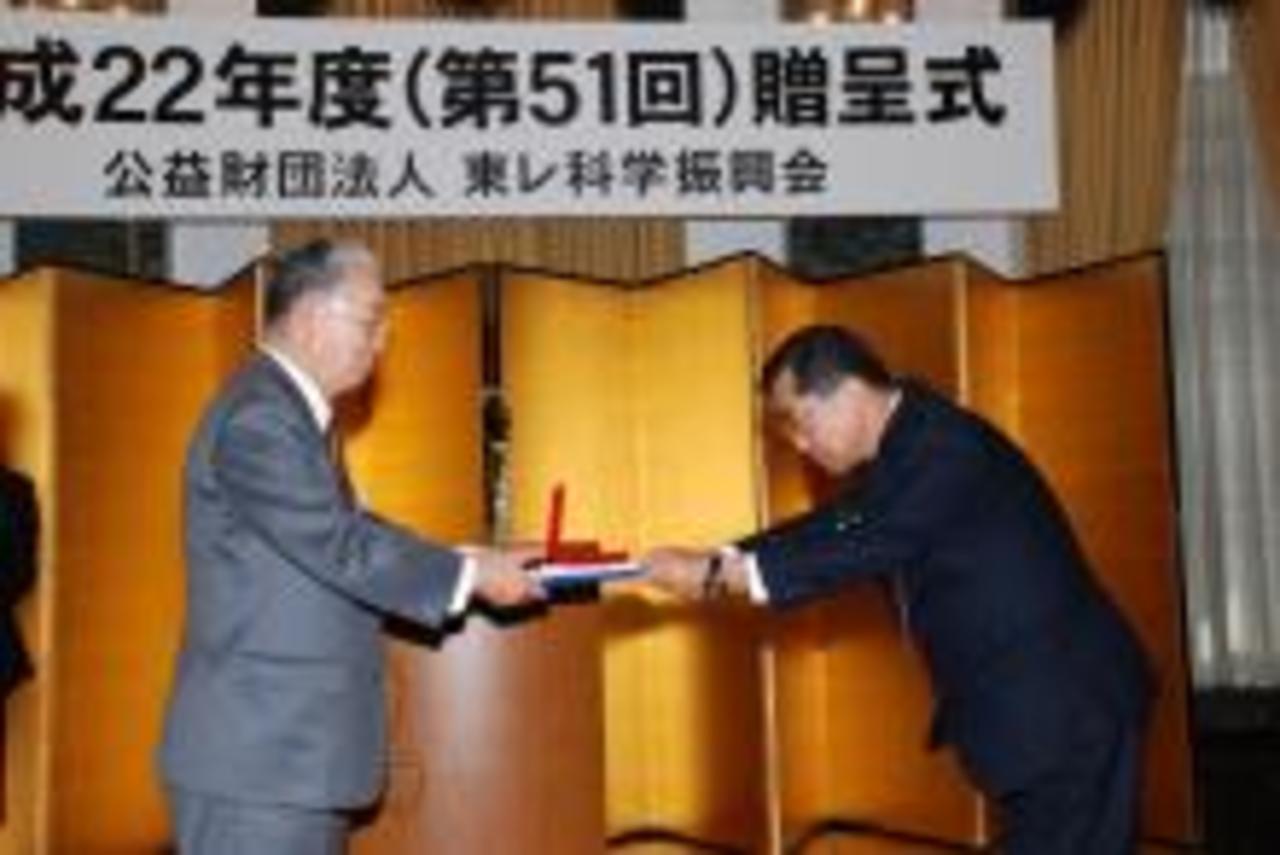 Masanori Iye receives the 2010 Toray Prize in Science and Technology at The Industry Club of Japan in Tokyo from Toray Science Foundation President Katsunosuke Maeda. The prize recipients were announced in 2010, but the earthquake and tsunami disaster that struck Japan in March 2011 postponed the ceremony.