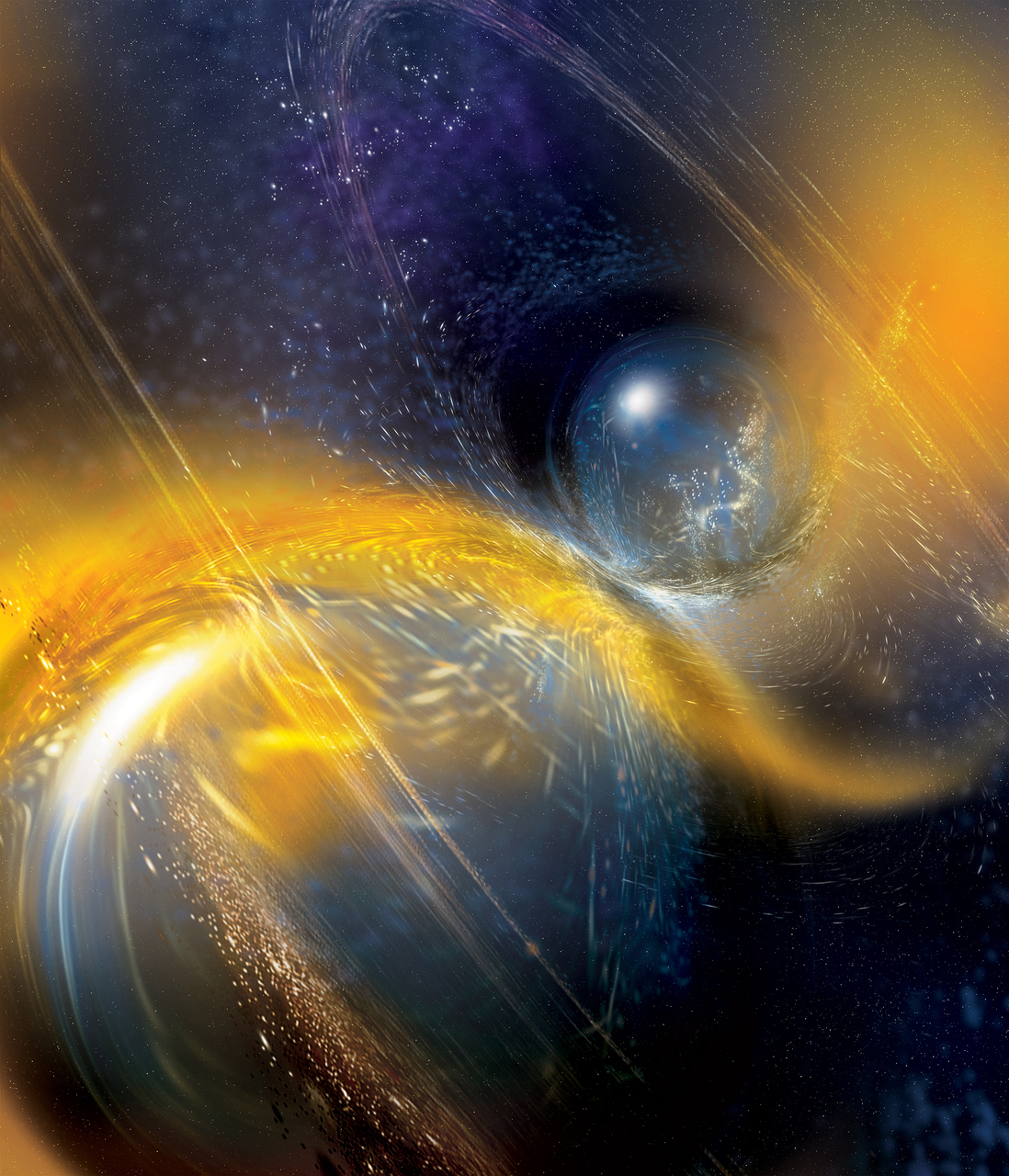 Pasadena, CA - One of the most exciting developments in astronomy has been the detection of gravitational waves by The Laser Interferometer Gravitational Wave Observatory (LIGO). LIGO has detected the gravitational waves originating from the collisions of black holes and of neutron stars.

LIGO measures the distortions of space-time caused by passing gravitational waves, comparing signals from two separated detectors in the United States. The very first detection by LIGO was made in 2015, soon after  a major upgrade which increased the sensitivity of these detectors. 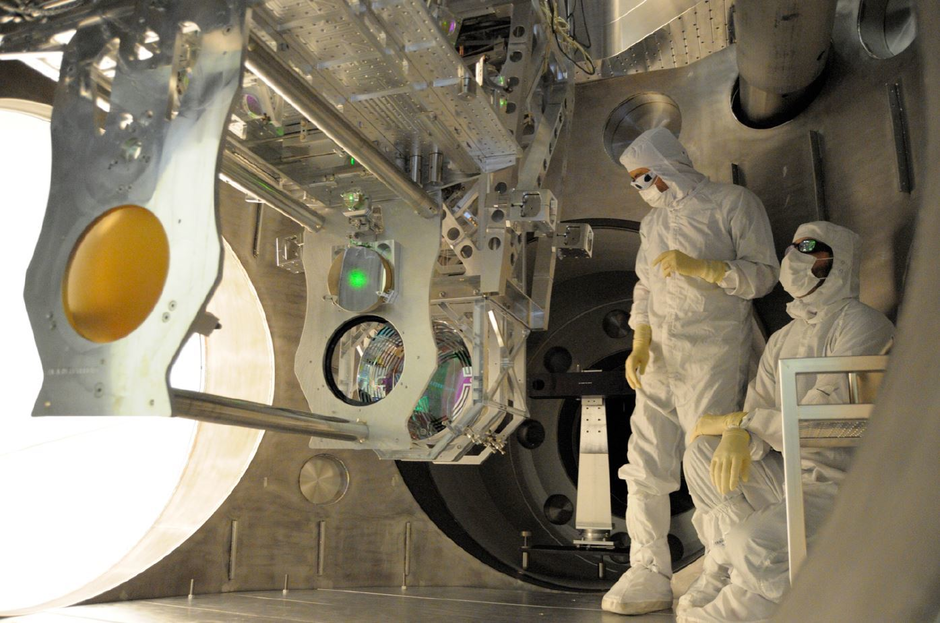 LIGO collaborates with the Virgo and GEO600 facilities in Europe, and with the KAGRA facility in Japan.

In addition to collaborating with other gravitational wave observatories, LIGO itself will use an additional detector, placed far away from its existing ones in Hanford and Livingston, to determine more precisely on the sky where the astronomical collision is taking place. This third detector will be placed in India.

One of the LIGO USA team members who liaises closely with India is Rana Adhikari, a professor at Caltech. I met with Rana a few weeks ago on the Caltech campus, and he showed me the 40-meter prototype interferometer which he and his team operate. The prototype continues to function as an experimental testbed for developing techniques to make LIGO even more precise, and also for preparing the components that will be integrated into the main LIGO detectors at Hanford and Livingston.

Here you can see Rana checking out the optics bench. 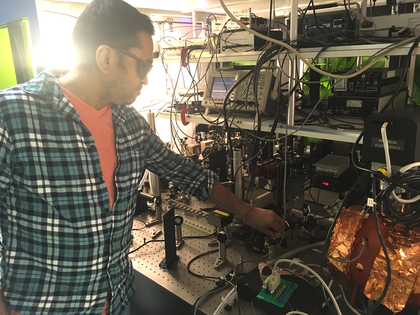 Here's a prototype of a test mass.

It's a glass disk, which is suspended by a very fine wire so that it vibrates when hit by a gravitational wave. 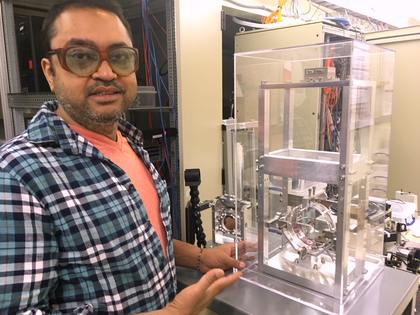 And here's a view of the interferometer vacuum system. This is the corner station, and you can see one of the 40m-long arms (with blue rings) at the back, extending to the right. 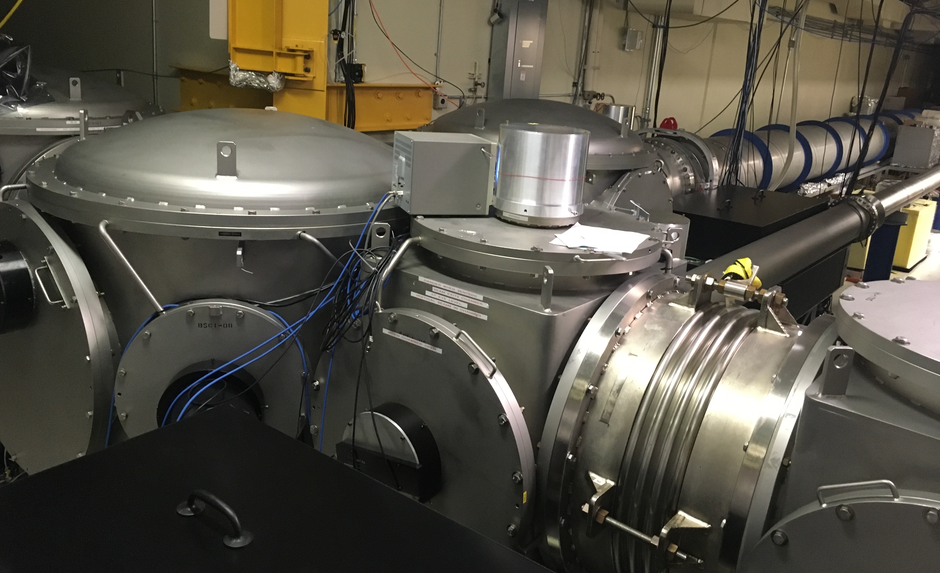 In 2016 I had the privilege of visiting the LIGO detector in Hanford, just after the very first detection was announced, and I remember how impressed I was by the ambitious scale of the project, the wizardry of the technical and scientific teams, and the dedication of all of the staff to persevere with this effort in spite of all of the obstacles in their way. Indeed, TMT's Project Manager, one of our optics engineers, and most of our Quality Assurance and Safety team all come to us from LIGO, and we benefit significantly from their experience and knowledge.

Rana and I also discussed parallels between the work of LIGO India and TMT India. Both projects are funded jointly by the Indian government's Department of Atomic Energy and Department of Science and Technology. By participating in these projects, the Indian government aims to push for leadership in cutting-edge science, and the development of indigenous technological capabilities.

Rana and I talked through the ways in which the different institutes in India are collaborating to develop designs, fabricate hardware and write software within the traditional scientific and technical landscape in India. Historically, theory has been considered to be more respectable than experiment, but these large experimental projects have succeeded in demonstrating their value and in securing the large amounts of funding needed. These are publicly funded projects, so complex government fiscal rules need to be navigated, but the projects benefit from the deep administrative expertise within their host institutes: more autonomy is devolved to these international projects to expedite procurement of smaller items, helping to keep the project on schedule. The contracts that are placed with Indian industry must compete for resources against other, much bigger customers, but LIGO and TMT provide an unusual and high profile association that showcases the international competitiveness of those companies to then win business in an international market.

Senior management is successfully pushing the younger generation to be comfortable in taking on more responsibilities and having more initiative than has traditionally been the case; indeed, investment in developing local Indian expertise and talent is one of the reasons why the Indian government is funding LIGO and TMT. The deliberate effort to promote international mobility of Indian researchers, and the knowledge and experience they bring back home to India, are a key part of laying the foundation for the future users and operators of these facilities when they are finally ready. Much of Rana's work is supervising graduate students and postdoctoral scholars from the USA, India and other countries, and this builds on his own experience of starting on LIGO whilst still an undergraduate at the University of Florida.

We concluded there are many close parallels between the experiences of India-LIGO and India-TMT. Moreover, the two observatories will work closely together scientifically: LIGO will make detections of mergers of neutrons stars and black holes, and with the Indian detector will be able to tell TMT more precisely where it needs to point. TMT will then point to that precise location on the sky, and make follow-up observations to characterize the environments within which those astronomical events have taken place. I'm looking forward to the time when both observatories are making such discoveries together.