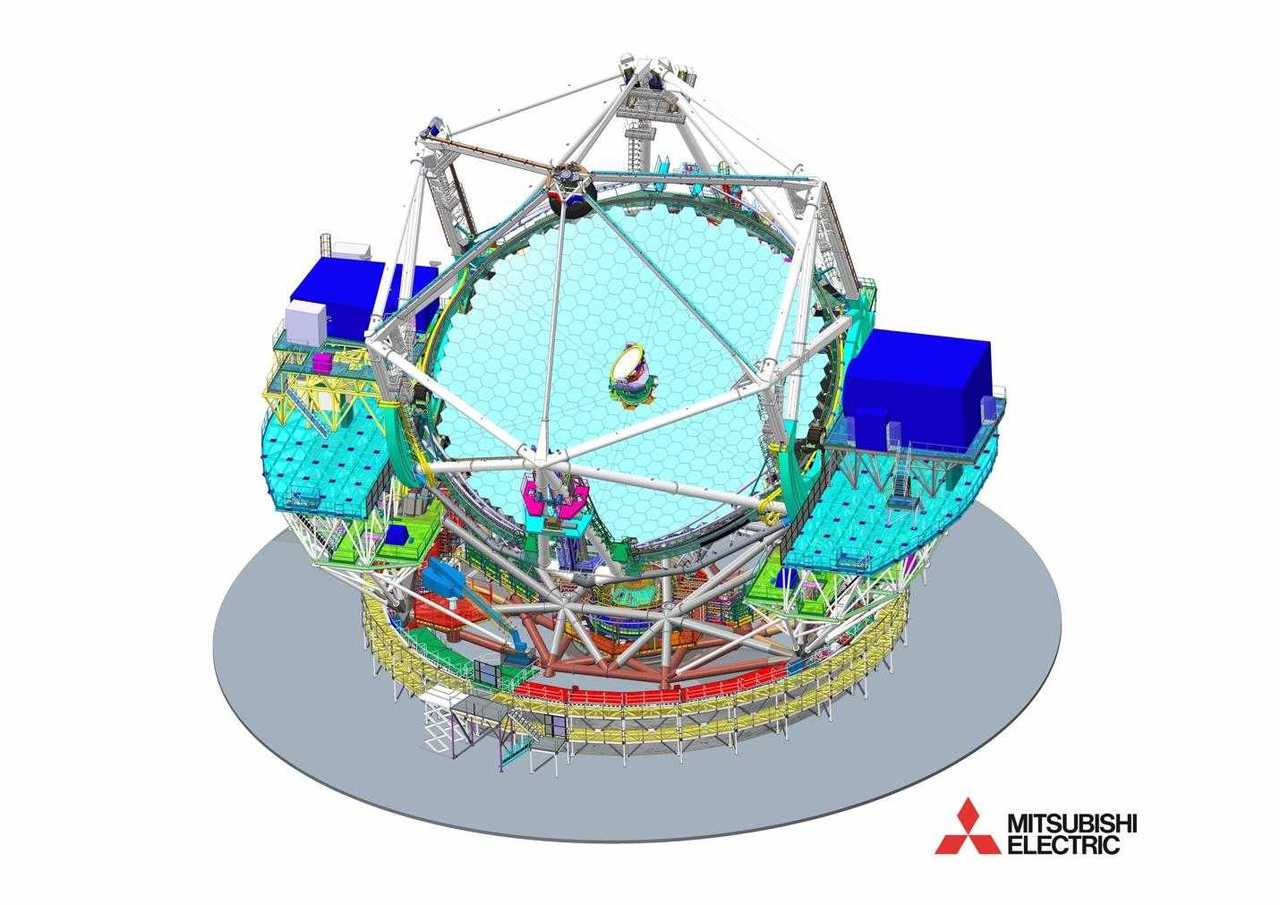 Bento Boxes and the Telescope Structure

One of the joys of working on TMT is the opportunity to collaborate with and learn from amazing people all over the world, including Japan. International flights to Osaka land at Kansai airport, which was built on an artificial island during the 1980s and 1990s. Final approach against the dramatic backdrop of ocean, rivers and hills is breathtaking, and looking out at the fragile glory of our planet beneath us is invigorating after flying thousands of miles across the Pacific Ocean. Kansai is where one of TMT’s most complex and expensive subsystems, the Telescope Structure, is being designed and built by Japanese engineers.

The design has already taken decades of work. The TMT Project Office first prepared a Design Requirements Document laying out what the Telescope Structure has to be able to do. The Structure needs to provide mounting for the telescope optics, adaptive optics systems and the astronomical science instruments, and maintain their alignment under operational conditions. The primary mirror alone will have a mass of 144 metric tons, as much as two entire bullet trains, giving a sense of just how much mass has to be supported by this Structure. Change in alignment due to gravity acting on the Structure has to be looked at carefully, especially given that the direction and amount of that deformation depends on where the telescope as a whole is pointing.

The Structure also has to provide precise motion control for pointing, tracking and guiding, and efficient slewing from one astronomical object to the next. The Structure needs to provide distribution infrastructure such as cable wraps, cable trays and attachment points for the utilities and services (including power, coolant, cryogen, compressed air, and data and communication lines) required to perform astronomical observations. The Structure must be able to adapt to varying environmental conditions, including the effects of gravity, weather, and other internal and external factors. And of course the Structure’s design also has to provide safe and ready access for the people who will use, maintain, calibrate, and repair it.

The National Astronomical Observatory of Japan has contracted with Mitsubishi Electric to finalize the design, and to build the telescope structure in accordance with those requirements. Mitsubishi has a track record of building antennae not just for the industrial and military sectors, but also for astronomy. For example, Mitsubishi designed and built several of the telescopes for the the Atacama Large Millimeter/submillimeter Array in Chile, where I worked before joining TMT. Mitsubishi also designed and built the Subaru Observatory, an optical/near infrared telescope with a primary mirror of 8m diameter.

Mitsubishi Electric took the conceptual design of the telescope structure and refined it to preliminary design level and now final design level. Here’s a computer aided design (CAD) model of Mitsubishi’s updated design. The primary mirror segments are shown here in cyan, along with the main structural tubes (grey and brown). The platforms on either side (turquoise) house the instruments (blue) for the adaptive optics and the science observations.

Working with Japanese industry has been fascinating and rewarding – fascinating from a cultural perspective, and rewarding from the privilege of being able to work with and learn from a team of extremely capable engineers. Initially, we had communication difficulties, given the proprietary nature of many of the technologies that Mitsubishi has developed as well as an historic corporate culture that protects the inner workings of the company from outside parties.

Language can pose a challenge, but we’ve dealt with that by mutually deciding to hold most of our meetings in English, albeit often interspersed with brief technical discussions amongst the Mitsubishi engineers in Japanese. I reconcile myself to this imbalance by devoting time to a basic Japanese language course, with a focus on learning the politest forms of everyday phrases.

Given our geographical separation, most of our meetings are actually held remotely using video-conferencing technology, but we now recognize that video-conferencing can serve only as an adjunct to face-to-face meetings. We have learned the value of convening small meetings with few attendees, which can accomplish a great deal with little overhead and without the institutional barriers that can sometimes hinder open communication. We do still have formal technical reviews, but we’ve learned that these should be at the culmination of a lower-level sequence of dialogues.

A culinary and visual highlight of the day is the bento boxes that are kindly provided for lunch, with exquisite attention paid to presentation and taste. I’ve recently finished Matt Goulding’s quirky but thoroughly enjoyable Rice, Noodle, Fish: Deep Travels Through Japan's Food Culture, and one of the comments that sticks in my mind is how the majority of chefs would pick Japan as the one country they would like to live in if they had to choose. Back in Osaka, there is usually little time for anything other than work and sleep, but the town is located on the Osaka estuary, which is a beautiful place for a calming, contemplative walk. Along the river bank you come across golfers practicing their swing; perhaps the expanse of water either side around them focuses the mind to hit the ball straight.

As is apparent, even the most fundamental aspects of the TMT require careful planning, almost to the point of obsession. We have to keep in mind the telescope’s overall mission while at the same time painstakingly outlining every detail and trying to anticipate every variable. It takes a certain fearlessness to even try to design and build something as complicated as this instrument. Doing so across geographic, political, cultural, and linguistic boundaries only compounds the complexities. Nevertheless, it is also what makes such an undertaking possible. Only when the people of the world cooperate with one another does such an immense goal become achievable.