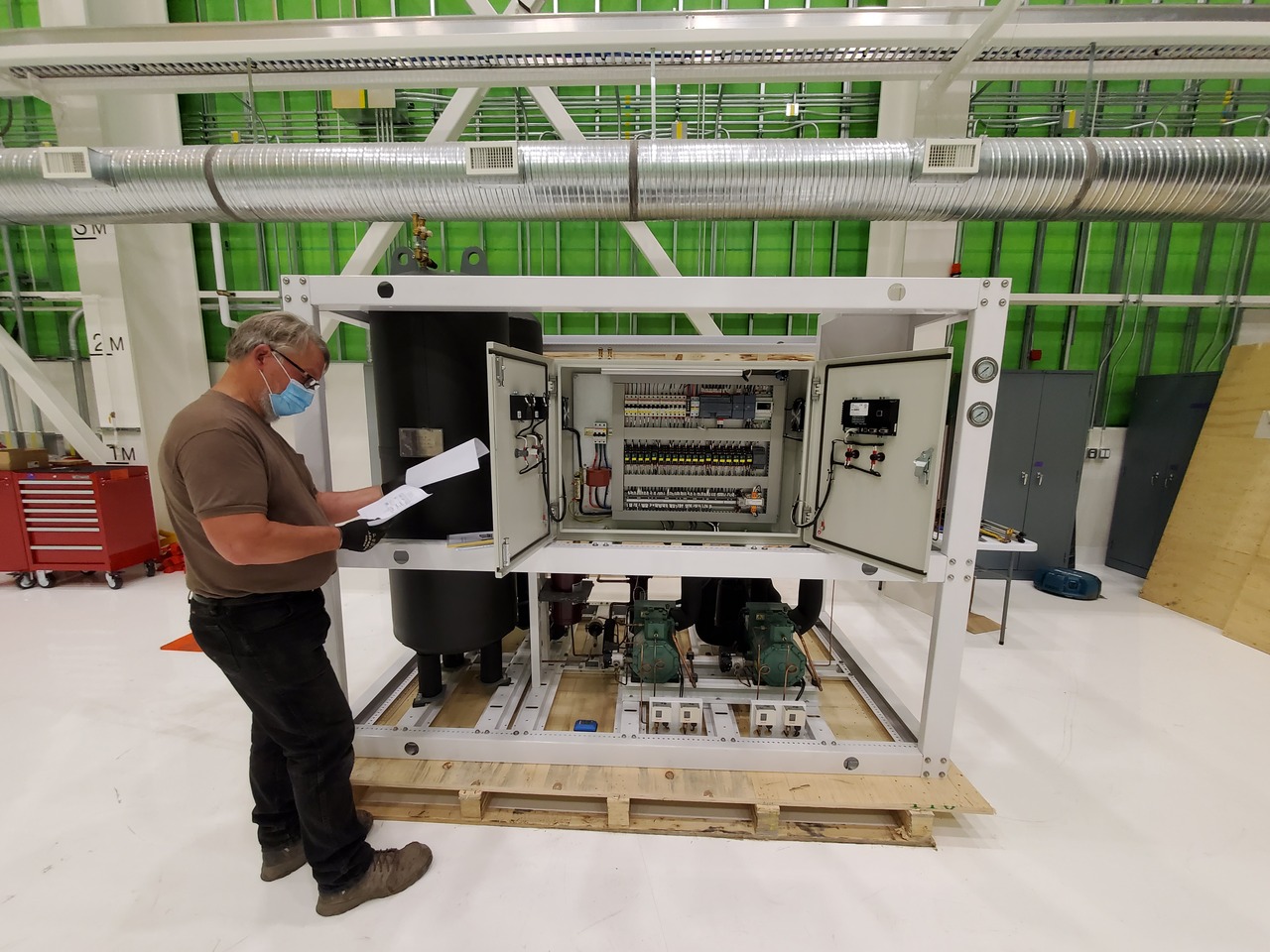 Inspection of TMT refrigeration unit prototype - Paul Welle of Polar Engineering performs an inspection and check of the refrigeration unit, inside the new integration and test facility at NRC Canada's Herzberg Astronomy and Astrophysics Research Centre - Image credit: NRC Herzberg Astronomy and Astrophysics Research Centre, with permission of the Technical Institute of Physics and Chemistry of the Chinese Academy of Sciences

Pasadena, CA – In a previous set of blog entries, we discussed the principle of adaptive optics, which TMT will use to remove the effects of turbulence in the Earth's atmosphere. TMT's first light adaptive optics includes the Narrow Field Infra-Red Adaptive Optics System (NFIRAOS), which is being designed and built by our Canadian colleagues at the Herzberg Astronomy and Astrophysics Research Centre, in Victoria.

NFIRAOS (and several of our TMT science instruments) will need active cooling, to reduce the infrared thermal emission from the optical surfaces. We need to get to a temperature of - 30 degrees Celsius (-22 degrees Fahrenheit) to have a significant reduction in this thermal emission. It's also important that the temperature of the NFIRAOS enclosure remains low enough and stable enough.

For this cooling, one option would be to use a water cooled radiator, but we'd worry about the possibility of leaks occuring, which might damage the telescope optics.

Instead, we plan to use a refrigerator. Carbon dioxide is now the refrigerant of choice for this temperature range, and is also compliant with environmental concerns.

The refrigeration unit for TMT is being developed by Professor Hainan Zhang and his team in Beijing, at the Technical Institute of Physics and Chemistry (TIPC) of the Chinese Academy of Sciences.

The refrigeration unit will of course be deployed at the TMT observatory. But a separate prototype unit is needed in the short term, in Canada, for cooldowns of the NFIRAOS enclosure. So, we asked TIPC to design that prototype unit.

TIPC kindly did so, and the unit was fabricated by TIPC's industrial contractor, Shenzhou Refrigeration. 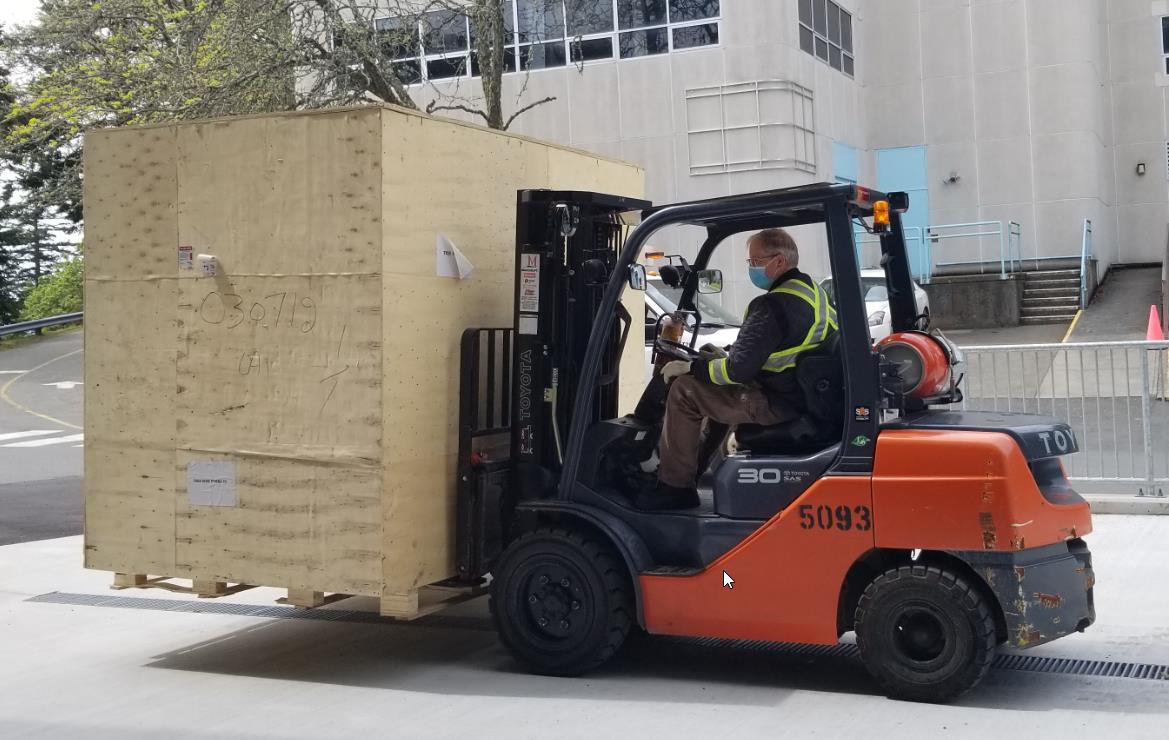 The unit arrived in Canada only a couple of weeks ago. Here's the unit being unloaded from the truck, outside Canada's new integration and test  facility.

The team is  currently checking out the unit to make sure that it survived transportation without damage, as shown on the picture at the top of the article.

You can see more details of the unit below. The green units are compressors which compress the carbon dioxide. The brown tank on the left is the condenser, which collects the returning carbon dioxide gas and cools it until it becomes liquid. This is all similar to how a normal domestic refrigerator in your kitchen works. 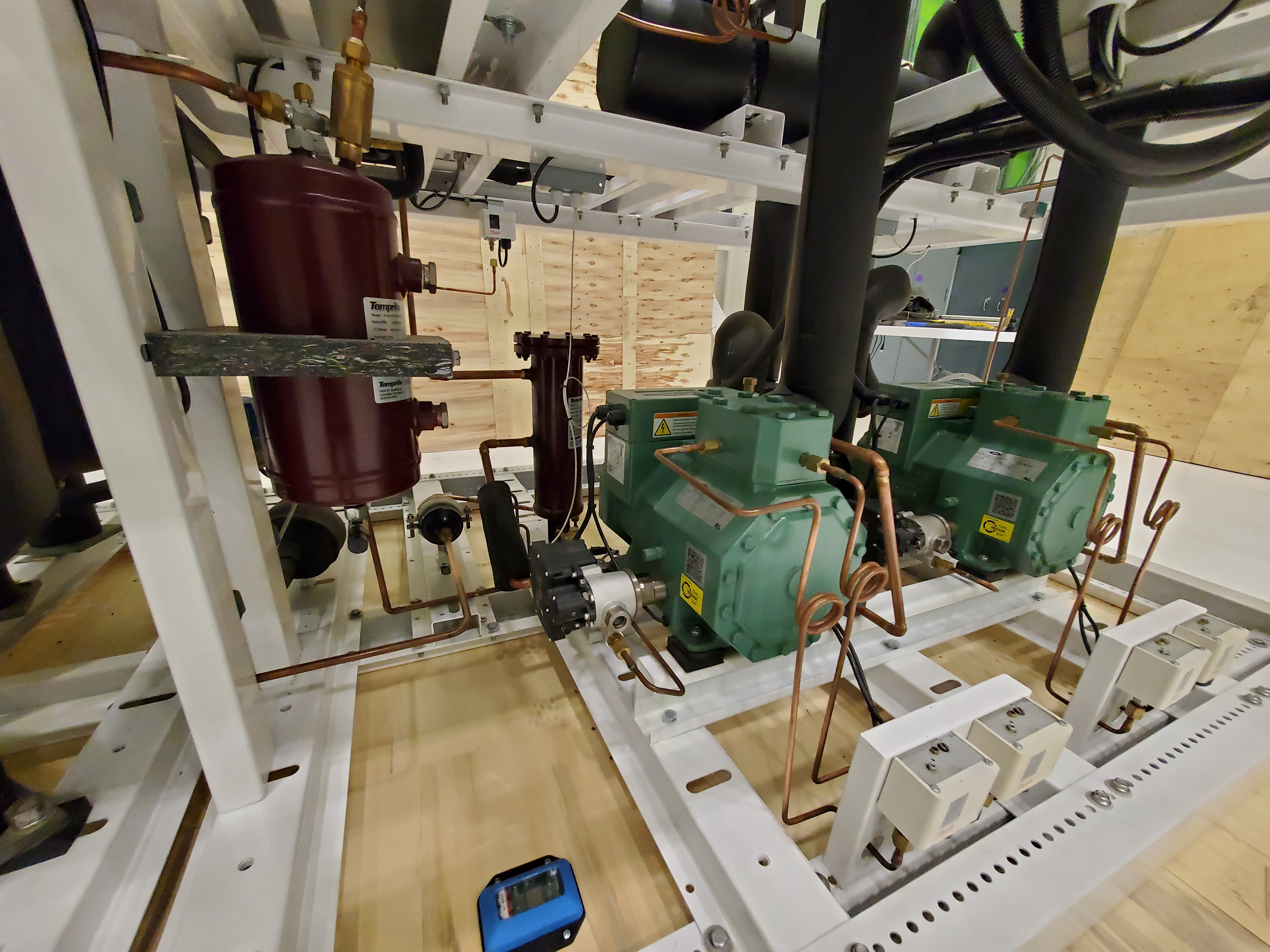 TMT refrigeration unit prototype - Image credit: NRC Herzberg Astronomy and Astrophysics Research Centre with permission of the Technical Institute of Physics and Chemistry of the Chinese Academy of Sciences

In addition to our colleagues in Beijing and in Victoria, we've worked with the teams at two Canadian companies: Polar Engineering, and Quantum Technology, who have provided additional technical expertise. Polar Engineering also inspected the unit on its arrival in Victoria, and will be testing the unit.

Next, TIPC will continue the development of the full-scale refrigeration system, beginning in September of this year. For the moment, the work on this refrigeration unit highlights the extent of international collaboration and co-operation on TMT.