When TMT is built, all systems will be extensively tested and tuned during a technical verification phase, prior to be handed over to operations. The three mirror systems (M1, M2 & M3) will have to undergo a commissioning and test phase, and each of TMT’s 492 mirror segments forming M1 will need to be aligned after installation. These tests will be conducted with two custom-built systems placed above the primary mirror, the Prime Focus Camera (PFC) and the Global Metrology System (GMS), both major components of TINS.

The PFC conceptual design was part of this review. PFC is a camera system that will be installed at the prime focus of the Primary Mirror (M1), at the top of the telescope structure, at the same location where the telescope laser guide star facility will be installed. PFC will be used as an imaging device during the Assembly, Integration and Verification (AIV) activities to assist with the alignment of the first M1 segments.

PFC will support a series of control measurements. Its optical feedback will facilitate early pointing models to be made. It will also be used to confirm the tracking performance and initial calibration of the segments. The main optical requirement for PFC is to view a fraction of M1 segments, up to a 20-meter diameter. The PFC will consist of a CCD camera, corrector lenses, and a filter wheel containing neutral density filters, mounted on a 3-D positioning stage. Electronics and adapters will enable the system to be controlled via Ethernet. Following the installation of M1 segments, PFC will be removed to carry out the M2 installation.

GMS consists of three fixed laser trackers mounted in the elevation structure (see figure below), and one additional mobile laser tracker that will be used on the Nasmyth platform. Laser trackers will measure the 3-D position of Spherically Mounted Retroreflectors (SMRs) placed at key locations on the telescope structure, optics, and science instruments.

The TMT Optics and Systems Engineering teams have modeled the TMT laser tracker and SMR locations and estimated the accuracy of the measurement provided by the GMS, along with hazard analysis, risk assessments and possible mitigation means. All these studies were documented and reported during the TINS review.

Each M1 segment will be supported by a fixed frame whose position will be measured by the GMS. Each fixed frame will be loaded with a mass simulator to model the deflection caused by the final segments and their support assemblies. In order to allow the SMRs to be visible above the segment dummy masses, SMRs will be mounted onto a subsidiary frame called the Metrology Frame, which will be seated on the fixed frames. The Metrology Frame has been designed to be light, stiff, and thermally stable, and is made of special low thermal expansion carbon fiber composite tubing. GMS will also measure the outer edge of the assembled M1 mirror by using SMRs mounted in machined pockets on the perimeter of M1.

When the facility is in operations, GMS will support measuring the relative alignment of TMT’s optical elements as part of periodic maintenance activities.

GMS will also measure the positioning of the Secondary (M2) and Tertiary (M3) mirrors during installation, using SMRs mounted around their perimeters and aligned with the laser trackers. 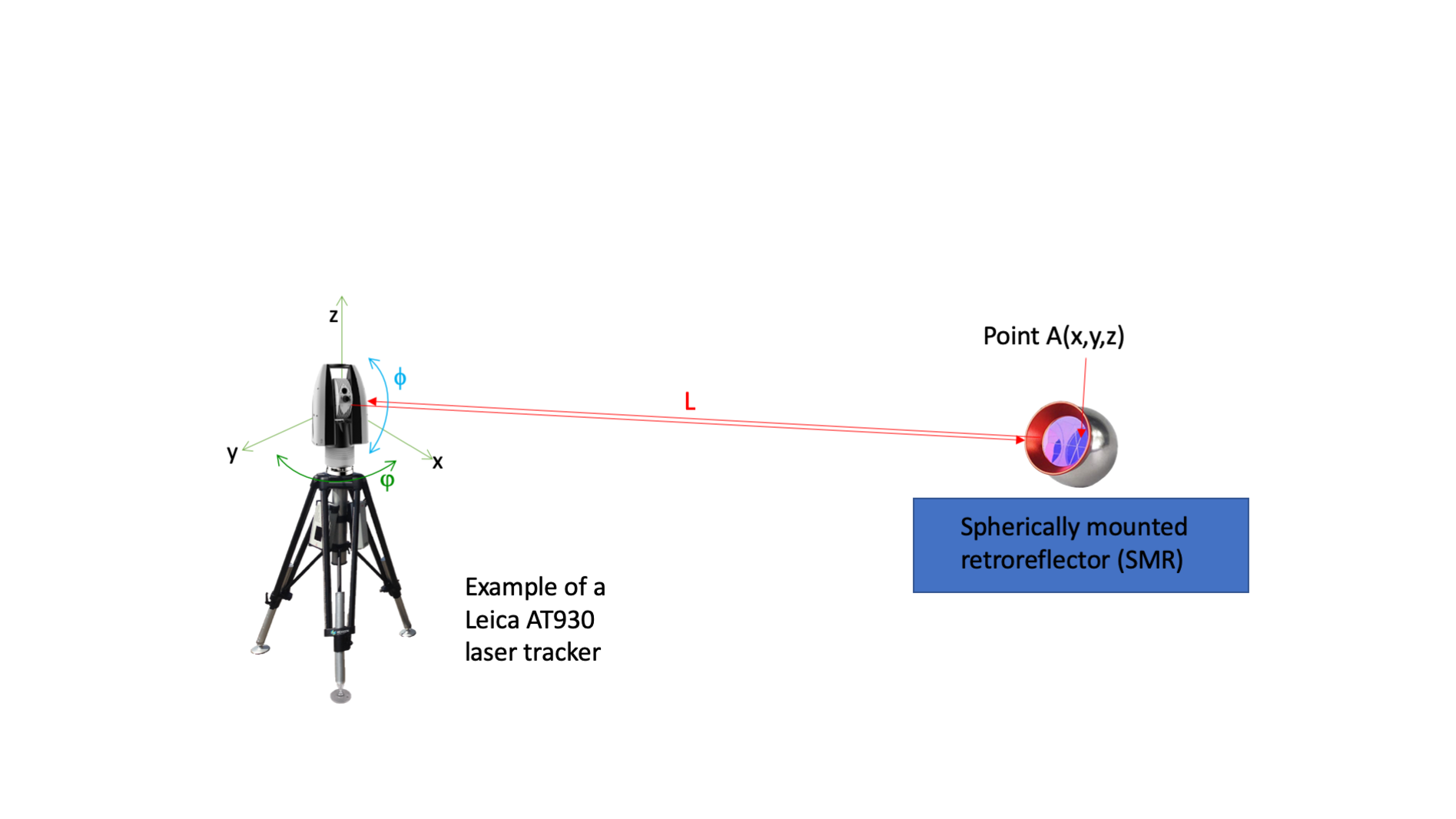 TMT Global Metrology System Devices The Global Metrology System is a surveying system, built around commercial laser trackers, that will be used for a variety of alignment tasks in the observatory. The above image shows the mobile version of the laser tracker, which will be used on the Nasmyth platform to measure the position of the science instruments - Image credit: TMT International Observatory

The TMT science instruments and the Adaptive Optics Facility (NFIRAOS) will themselves be mounted onto the Nasmyth platforms. Their positioning will also require alignment using GMS. A mobile laser tracker, mounted on a tripod that can be moved through various locations around the telescope, will be specifically used for that purpose.

TINS will need to be fully integrated with the rest of TMT’s software and provide compliant interfaces to the:

- Laser Tracker software, to allow measurement campaigns to be created and executed and the results to be saved for analysis, and the

- Prime Focus Camera, to allow the camera to be positioned, and the camera images to be collected, displayed and stored.

GMS will intelligently record and combine the positioning measurements obtained from multiple stations, and compare them to their ideal modelled locations. For that purpose, TMT has selected the Hexagon Metrology Group’s Spatial Analyzer (SA)[1], an industry standard measurement and modeling tool commonly used for spatial analysis.

Alastair Heptonstall, TMT Senior Opto-Mechanical Engineer leading the TINS group, acknowledged that “the TINS development effort has enormously progressed over the last year. The TINS design team has now received full approval to proceed to final design of the optical test instruments system, which will allow engineers to demonstrate the alignment of TMT core systems and the phasing of TMT primary mirror segments.” 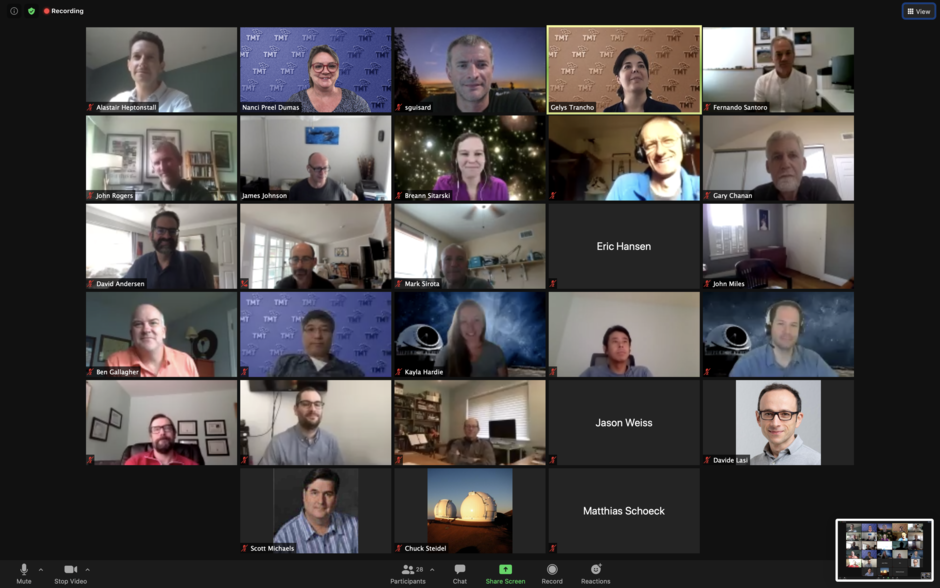 Congratulations to Professor Andrea Ghez and the Astronomy Community!